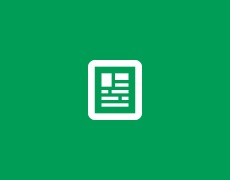 The project aims to protect and promote the rights of religious minorities in Egypt.

MRG is working to help community organizations and activities to coordinate better to respond to threats and attacks. We are helping them influence new laws and policies that are being debated right now in Egypt. The project will contribute towards greater tolerance and inter-cultural understanding resulting in the decreased marginalization and exclusion of minorities in Egypt.

Egypt’s transition from an authoritarian regime to democratic state has been turbulent and chaotic for all Egypt’s citizens, but particularly for its religious and ethnic minority groups.

Following the successful election in 2012 and subsequent ousting of President Morsi in 2013, attitudes held by some of the Sunni majority population have been further entrenched and continue to negatively impact Egypt’s minority Coptic Christians, who form approx 10 per cent of the population, as well as Shi’a Muslims, Bahá’is and several smaller minorities including Ahmadis, Quranists and Jehovah’s Witnesses.

Despite constitution legislation which recognizes the freedom of religion and freedom from discrimination or persecution, mainstream political and religious opinion considers the Bahá’i faith as a ‘heretical sect of Islam rather than an independent religious movement’ and its adherents are seen as a threat to the public order. In 2009, Bahá’is were forced to flee their village after media coverage of the Bahá’i New Year celebration on national TV portrayed the celebration as an infringment on public safety.

The Coptic community have historically been subject to physical assaults and are inadequately protected by security forces. Violence has continued to escalate following Morsi’s ousting and particularly in regions with large Coptic populations, with many members of the Muslim majority implicating the Coptic community in the 30 June events. According to Christian Science Monitor, 47 churches have been burnt, robbed or attacked in Egypt since 14 August 2013.

Clearly, there is a need to address the dire situation of religious minority populations and to reverse decades-long discriminatory attitudes held by the broader Egyptian society. Currently, there are obstacles that exist preventing religious minority activists from taking effective measures to combat these issues. It is key that these activists are supported and empowered in order to increase their engagement with general human rights platforms and to mainstream their most pressing needs. Through this, it is hoped that religious minority communities and their activists will be empowered to effectively advocate for the implementation of their human rights.

One roundtable between minority activists and members of the constitutional committee presented MRG recommendations on Freedom of Religion and Minority Rights in the coming Constitution, as well as ensure that minority voices are heard by the drafting committee. MRG recommendations are based on its most recent field research conducted this year on the status of religious minorities in Egypt, which will be published in its upcoming report.

MRG’s normal policy is to work through local partner organizations that are based in a country and understand the context, opportunities and constraints fully. However, in Egypt there are strict rules about international organizations transferring funding to local organizations which can make this very difficult or impossible. We have therefore decided not to have formal partnership arrangements but to work closely with a number of local organizations, cooperating with them, inviting them to events and getting their advice on the situation and views of the communities they work with.

This evaluation examines the project undertaken by MRG challenging discrimination against religious minorities in Egypt. During the two-year program, there were four main themes to the project: capacity building, advocacy, research and publications, and media and public awareness. There were unpredictable and tumultuous political proceedings during this project in Egypt. MRG chose to sometimes keep a low profile during the project in order to adapt its work plan and to avoid wider publicity of project activities in order to maintain the integrity of the project. The project targeted a number of influential groups; journalists, civil society activists and government officials, and included a wide range of activities; face-to-face training seminar, online-training, advocacy campaigns and events, research and media production. The evaluation of the project relied on the documents of the project and meetings with the beneficiaries in addition to other experts and public figures. As noted by the evaluator, “the project introduced an important initiative to address minority concerns in a time of radical political change, a time in which most actors focused on the whole political architecture of the society rather than paying attention to minorities.”

The recommendations following the program were two-fold, as they focused on how the program itself was designed and implemented, as well as future routes. In regards to the project design, it required a clearer route from the outset; for example, it is important to have a plan on how to market media production before work began, and to encourage NGOs to develop a strategic vision on how to build their networks. Additionally, time was occasionally an issue, as some sessions and workshops extended beyond their allotted time. Finally, documentation of project activities needed to reach a broader audience; this could have been achieved by use of print materials like newsletters or books.