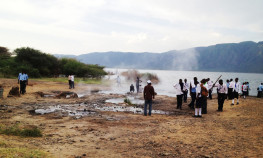 Since 2002, MRG has been running a Strategic Litigation Programme. The programme aims to combat the violations of the rights of minority and indigenous communities across the world through holding governments directly to account before regional and international human rights tribunals. Over the years, this programme has become one of the global leading human rights litigation programmes on minority and indigenous issues.

The programme has been involved in a wide range of issues and activities. We have submitted amicus briefs that expand on areas of law that may be unfamiliar to the judiciary – such as in a case of indirect discrimination and segregation in education of Roma children in the Czech Republic. For example, we have engaged alongside victims to legally challenge the discrimination/denial of their rights they have faced – such as with the Ogiek community in Kenya, some of whom have already been evicted and others who continue to face eviction from their ancestral forests by the government.

We have succeeded in securing a number of ground-breaking judgements, helping to strengthen minority rights in Europe (Sejdic and Finci v. Bosnia and Herzegovina, delivered in December 2009) and indigenous peoples rights in Africa (CEMIRIDE & MRG (on behalf of the Endorois Welfare Council) v Kenya, delivered in February 2010) and have other landmark cases pending in various jurisdictions.

We also implement successful advocacy campaigns like our campaign to prevent the forced eviction of some of the Ogiek from their ancestral habitat the Mau Forest in Kenya. With MRG’s support, their campaign was successful and raised wide awareness of their situation with key external stakeholders (including the UN Special Rapporteur on the situation of human rights and fundamental freedoms of Indigenous Peoples) which in turn maintains pressure on the Kenyan government to respect the rights of this community.

These unprecedented results have led the programme to carry on gaining in reputation considerably amongst indigenous and minority communities: as we continue to receive an increased number of requests for support from excluded and marginalized minority and indigenous groups from across the world whose most basic rights were being threatened and denied.

The overall purpose of the programme is to improve the capacity of minorities and indigenous peoples to effectively access the legal protection afforded by international instruments on human rights and the international courts and quasi-judicial bodies that enforce them.

United Nations Declaration on the Rights of Indigenous Peoples