Ethnic tension at home and abroad 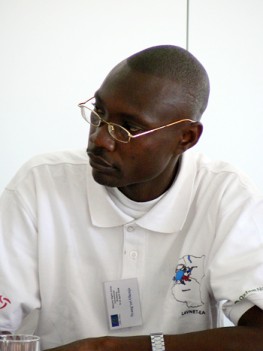 MRG’s Media Officer, Emma Eastwood, hears tales of strife from Kenya and right below her nose in Hungary

Last night I interviewed Nyang’ori Ohenjo from the Kenyan Indigenous Fisher Peoples Network, whose analysis of the recent (and current) post-election violence in Kenya is somewhat more thorough than that portrayed by the international media. He tells me that even though many of the concerns of minority communities in Kenya were addressed in the 2001 Constitution review process, the 2002 government led by Mwai Kibaki reneged on those constitutional promises thus setting the stage for serious resentment and animosity towards the Kikuyu community loyal to him. Nyang’ori claims that come the December 2007 elections many people had simply had enough, with their backs up against the wall their only recourse was to turn to violence. For an in depth look at this issue see MRG ‘s 2005 report, Kenya: Minorities, Indigenous Peoples and Ethnic Diversity, which Nyang’ori helped to write. 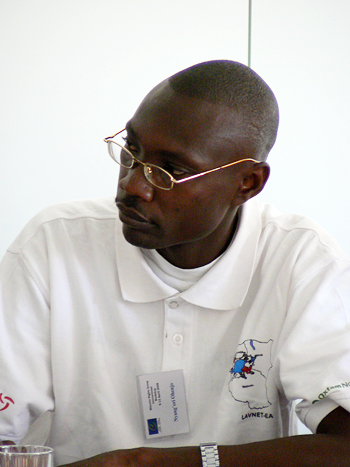 Talking to the journalists present at the seminar today from the new EU member states was informative but at times disheartening. The Slovenians told me of the difficulties they face getting coverage of international development issues past their editors and painted a picture of Slovenian society as increasingly inward looking following an initial euphoric period post-independence from the former Yugoslavia in 1991.

As we sipped our coffee on the balcony admiring the view of the Danube, one of the Hungarian journalists alerted us to a neighbourhood conflict happening right under our noses. Apparently a shopkeeper in the Jewish quarter of Pest refused to sell a ticket to a skinhead for a concert by an extremist group a few days ago and her shop was firebombed. A broad coalition of anti racist activists turned up the following day to show support for the shopkeeper and this afternoon the extreme right wing has organised a counter demonstration. Am I imagining it or can I hear more sirens than usual…

I’ll encourage the journalists to let us know what happened tomorrow morning – from what I’ve been told by members of the Hungarian NGOs here it’s not an isolated incident and reflects wider tensions throughout the country.