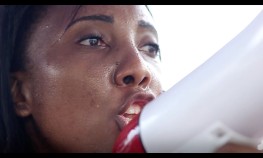 The film, along with a photo story, interviews with activists and in depth research, is part of a new multimedia story pack, which takes a close look at the problem of statelessness, whereby thousands of Dominicans of Haitian descent are ‘legal ghosts’, condemned to live their lives in limbo, denied an identity in the country where they were born, unable to go to school, visit a doctor, work, or even get married.

Aside from the legal hurdles faced by some citizens in the Dominican Republic to gaining nationality, statelessness also has root causes in entrenched racism, says MRG. In February 2016, the Inter-American Commission of Human Rights described statelessness as taking place within ‘a context of historical discrimination.’ Jenny Carolina Moron, Legal and Human Rights Coordinator at the Movimiento de Mujeres Dominico Haitianas (MUDHA) agrees.

‘Dominicans of Haitian descent experience the consequences of institutionalised racism on a daily basis, and are disproportionately affected by the unequal application of the law. We sincerely hope this documentary sheds light on the dire situation that our country’s most vulnerable people are facing, particularly the women,’ she says.

Our Lives in Transit, is a 30-minute documentary which asks what is it that makes us feel like we belong. The film follows Rosa Iris, a Dominican of Haitian descent who grew up in one of the country’s many ’bateyes’ or slums, and is now a lawyer fighting to eradicate statelessness. We enter her world in 2014, when she decides to narrate a year of her life as a testament to her father, a Haitian migrant who lived and toiled in the Dominican Republic for many years.

‘This tale of nationality, rejection and belonging, will resonate with the more than 10 million people around the world who are stateless and have no country to call home. Identity and integration have never been so relevant, as we face a global crisis over who has the right to live where, how communities form and who we are,’ says Laura Quintana Soms, MRG’s Cultural Programmes Officer.

This documentary film is part of a project that MRG and MUDHA have been implementing in the Dominican Republic over 3 years. The main objective of this project, co-financed by the European Union, is to ‘increase Dominico-Haitian citizen’s participation in public life and access to services, such as health and education’. To achieve this objective, MRG and MUDHA are using street theatre, community consultations, and national and international advocacy.

From the 1920s on, Haitian migrants moved to the Dominican Republic on a seasonal basis to work as sugarcane cutters. They were mainly young or middle-aged men, and, over time, settled next to sugar plantations, bringing their Haitian families or marrying and having children with Dominican women. They integrated into Dominican communities, becoming the most numerous minority group in the country.

Migration continued even after the sugar industry began to decline in the 1980s. Yet Haitian migrants and their children continued to play a crucial role in agriculture, tourism and construction. Importantly, those children born in Dominican territory during this period, unless in transit for a maximum of 10 days, automatically obtained Dominican nationality.

However, events were to take a considerable turn for the worst in 2004, when Parliament passed a new law, which considered temporary foreign workers and undocumented migrants as foreigners in transit, and prevented their children from gaining nationality. The law also created a Book of Foreigners, a registry for children born to foreign mothers who were prevented from acquiring ID cards.

The final nail in the coffin came in 2013, when the Constitutional Court retroactively stripped hundreds of thousands of children of Haitian migrants born between 1929 and 2010 of their Dominican nationality.

International outrage over the Court ruling later led the Dominican authorities to pass a new Naturalisation Law. MRG recognises the work done by Dominican authorities to put this law in to practice. However, it created confusion, endless bureaucratic hurdles and few positive results for the already beleaguered Dominico-Haitian community, and many remain without papers. 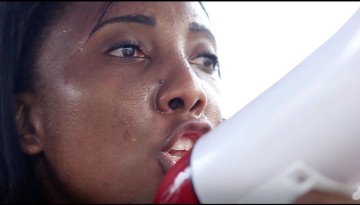