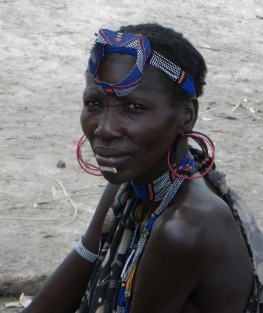 The international human rights organisation launches today the 2016 Peoples under Threat index and online map, which seek to identify those countries around the world that are most at risk of genocide, mass political killing or systematic violent repression.

Boko Haram has expanded beyond Nigeria into Cameroon, Chad and Niger, while other ISIS affiliates are now active in Algeria, Egypt, Libya and Tunisia. In many cases, existing militia groups have effectively rebranded and attracted international support by pledging allegiance to ISIS.

‘The expansion of operations by extremist groups into more African countries reveals a failure by governments to protect civilian populations. Particularly for religious and ethnic communities, the risk of mass abuses needs to be understood not just in terms of atrocities perpetrated by extremist opposition groups but also the violent reaction by government forces,’ says Mark Lattimer, MRG’s Executive Director.

A new offensive by al-Shabaab rebels early in 2016, and the extension of attacks into Kenya, keep Somalia in second place in the table. Plans by the Kenya government to close down the huge Dadaab refugee camp near the Somali border place in question the safety of the camp’s 330,000 residents, including a significant proportion from the Bantu minority.

Libya, which rose five places in the index, shows few signs of escaping the mantle of a failed state. Despite the agreement to establish a government of national unity with two rival parliaments, an array of competing militias and tribal forces, and a rapidly expanding branch of ISIS continue to threaten the country’s future.

Algeria has risen seven places in the table this year, reflecting both communal conflict between Arab and Mozabite (Amazigh) communities in Ghardaia and continued clashes between the Algerian army and Islamist groups. Al-Qaeda in the Islamic Maghreb, Jund al-Khalifa and other such groups evolved from a splinter faction of the old Groupe Islamique Armé, a principal actor in Algeria’s civil war. They command little popular support, but a return to the practices of the ‘sale guerre’ is a potent threat.

Elsewhere on the continent, personal and political rivalries often motivated by local resource competition and underpinned by ethnic divisions continue to drive conflicts and put communities at risk.

The fact that South Sudan has climbed further in the Peoples under Threat table, despite another peace agreement concluded in August, demonstrates the lack of good faith exhibited by both the main parties to the conflict, destabilization by neighbouring Sudan and the ethnic character of the violence.

The demographic features Burundi shares with Rwanda, and its own terrible history of ethnic mass killing, led international observers to fear the worst last year when violence escalated in the run-up to presidential elections in July. Over 250,000 have fled the country, targeted killings have been reported (including by government forces) and Burundi’s nightmare is a return to the horrors of 1972 and 1993.

While a significant rise in the Peoples under Threat index provides early indication of risk in the future, the mass killing of civilians is already under way in the African states at the top of the index.

For more information, to receive an embargoed copy of the Peoples under Threat index, or to arrange interviews please contact the MRG Press Office on press@minorityrights.org.

Filed Under: Genocide, Peoples under Threat