Kenya’s 2017 Election: what are political parties saying about marginalized communities? 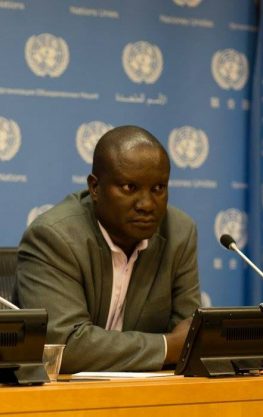 “Words can be twisted into any shape. Promises can be made to lull the heart and seduce the soul. In the final analysis, words mean nothing. Examine his actions. Judge him by them.” – Karen Marie Moning

A promise is a cloud but the fulfillment is the rain. A fair prism to decide whom to elect into office in the next general elections will therefore be their ability to deliver on campaign promises.  The August elections are essentially a contest between Jubilee and NASA, both of which have placed “development” at the centre of their political campaigns. So which can better deliver for marginalized communities?

Over the last few months, Jubilee has traversed marginalized communities areas providing a list of development projects and the names of people from particular communities to whom it has given senior government positions. Jubilee’s manifesto is centred on national cohesion, security, arts, sports and culture, and health besides massive infrastructural projects. Jubilee has outlined what it has been able to do in the last four years through the portal https://www.delivery.go.ke. The majority of those belonging to marginalized communities may never visit the portal for the lack of technical knowhow. It therefore rests upon the few educated individuals belonging to marginalized communities to inform and educate their kith and kin.

NASA has dismissed Jubilee claims as mere propaganda. And it has also gone ahead and made promises to marginalized communities. NASA’s seven-pillar policy platform focuses on national reconciliation and healing; resolving historical injustices; and realizing equality for women, youths, persons with disabilities and disadvantaged communities. It is promising to reserve 30 per cent of public positions for minorities and to raise from 15 per cent to 45 per cent the budgetary allocation to the counties as a way of empowering marginalized communities.

Close analyses of the two sets of promises reveal no major differences. Both Jubilee and NASA are promising the same things using different words. Marginalized communities must therefore judge them on the strength of their leaders’ ability to deliver based on past actions. Marginalized communities must judge Jubilee’s promises on the basis of what it has done or not done in the last four years they have been in power. However, all of those who are in “NASA’s Pentagon” have also held senior government positions at one time or the other in their political careers. They must therefore also be judged on the basis of their past actions or inactions towards marginalized communities.

The first point of reference should naturally be a thorough look at the top political leaderships of the two coalitions – none has included a member from the marginalized communities in its top national leadership. Or have they?

As marginalized communities decide their political future, they must reflect on the words of US TV personality, actor and playwright Joe Moore – you can’t trust a promise someone makes while they’re drunk, in love, hungry, or running for office.