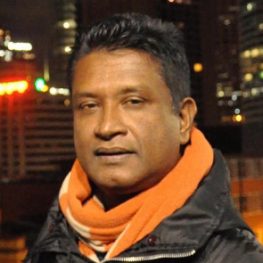 Recent acts of intimidation against human rights defender Lakshan Dias are a serious threat to freedom of expression in Sri Lanka, and mark a severe setback towards addressing violations against the country’s religious minorities, says Minority Rights Group International (MRG).

‘The statements made by the Minister of Justice against Lakshan Dias, a long-time advocate for the rights of religious minorities in Sri Lanka, raise serious concerns about Sri Lanka’s treatment of human rights defenders, as well as throw into question Sri Lanka’s commitment to promoting the safety and security of some of Sri Lanka’s most marginalized groups,’ says Claire Thomas, MRG’s Deputy Director.

Lakshan Dias is a prominent Sri Lankan human rights lawyer who has frequently provided legal representation to those facing religious violence and discrimination, as well as on cases related to the Prevention of Terrorism Act. On 17 June, the Justice Minister of Sri Lanka threatened to remove Lakshan Dias from the legal profession if he did not apologise to the nation within 24 hours for statistics on attacks and harassment against Christians which he quoted on a popular TV show. The incidents quoted by Lakshan Dias were cited from reliable documentation by the National Christian Evangelical Alliance of Sri Lanka (NCEASL), which actively monitors and records violations against the country’s Christian minority.

Violations of religious minority rights and discrimination have marred Sri Lanka’s transition to peace following the end of the three-decade-long conflict in 2009. According to an MRG report published in November 2016, which draws on incidents reported by NCEASL, violence against religious minorities has persisted since the change in government in 2015. Almost 50 incidents were recorded against Christians between November 2015 – September 2016, the majority against Evangelical Christians, many state actors actively participation or complicity on behalf of the state.

These issues and detailed documentation regarding violations against religious minorities have been raised on numerous occasions at the national and international level by MRG. In August 2016, the UN Committee on the Elimination of Racial Discrimination expressed concern regarding difficulties faced by religious minorities to freely practice their religion, recommending Sri Lanka ‘take immediate measures to protect the safety and security’ of minorities and their places of worship, and ‘undertake effective measures to protect[…]their rights to freedom of thought, conscience, and religion.’

The reaction of government officials to the information shared by Lakshan Dias is therefore particularly alarming, as are refusals to independently investigate attacks on religious minorities, as requested by human rights activists in Sri Lanka on numerous occasions.

On 12 June, the UN Special Rapporteur on the Independence of Judges and Lawyers presented her report at the Human Rights Council following a visit to Sri Lanka, which indicated that the justice system remains difficult to access for those most marginalized in Sri Lanka.

‘There remain severe gaps in terms of legal action against perpetrators of religious violence and discrimination,’ says Shikha Dilawri, MRG’s South Asia Programme Officer. ’This situation is exacerbated by threats to human rights defenders such as Laskhan Dias who has long worked to address the situation facing minorities through engaging with Sri Lanka’s justice system.’

The threats against Lakshan Dias follow recent high levels of violence against religious minorities, including a spate of anti-Muslim attacks at the hands of religious nationalist groups over recent months. The leader of Bodu Bala Sena, the most notorious of these groups, was twice arrested and released on bail on 21 June despite having eluded arrest for over a month prior.