Myanmar/Bangladesh: Rohingya repatriation must be voluntary and take place only once underlying issues are addressed by Myanmar government, MRG says 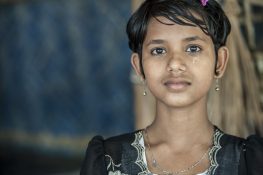 Commenting on the 16 January 2018 announcement that the Myanmar and Bangladesh governments have signed an agreement to begin the return of Rohingya refugees next week, Minority Rights Group International (MRG) emphasises that any repatriation must be voluntary.

‘The 650,000 Rohingya who fled Myanmar during the past months must not be forcibly returned,’ underscored Claire Thomas, MRG’s Deputy Director. ‘Any repatriation process must be voluntary and only once the causes of their flight have been fully addressed.’

Several crucial steps need to be taken. Most immediately, the voluntary nature of any return must be verified, with a process put in place for the UN to check that every Rohingya refugee who crosses back over the border does so willingly.

Equally urgently, an international and independent team of investigators must be allowed free access to the sites where violence by Myanmar military and civilian vigilantes took place in order to secure forensic evidence. Perpetrators must be brought to justice. So far, the Myanmar government has persisted in denying access to both a UN fact-finding mission on Myanmar and to the UN Special Rapporteur on Myanmar.

Rohyingya properties must be returned and their homes reconstructed in the estimated 350 villages that were destroyed. Rohingya freedom of movement must be lifted, and the 160,000 Rohingya internally displaced currently housed in poor conditions in camps inside Myanmar must also be allowed home.

The Myanmar government is reported to be building reception centres and a transit camp for approximately 30,000 returnees, but the risk is that refugees returning from Bangladesh will simply end up in another camp, with limited movement, right to work or access to services.  Returnees held in camps could also continue to be very vulnerable to either government-backed or communal violence.

‘The announcement that returns are meant to start next week is extremely worrisome,’ Thomas underscored. ‘This can only mean that the two governments are seeking a quick-fix solution without addressing the underlying rights issues.’

A key issue that must be remedied in order for Rohingya refugees to return safely and sustainably is their citizenship. Through successive changes in legislation, the Rohingya community has had its Myanmar nationality and other civil and political rights removed.  Restoration of full citizenship rights should be an essential pre-condition, without which any large-scale voluntary repatriation programme should not be facilitated by the international community.

‘We mustn’t forget that Myanmar officials, including State Counsellor Aung San Suu Kyi, persist in refusing to call Rohingya by name, thereby not acknowledging that the community is one of Myanmar’s long-established minority communities,’ emphasised Thomas. ‘This simply sends a signal to the wider society that discrimination against the community is acceptable.’

The January 2018 deal is a follow-up to an agreement signed by the two governments in November 2017. It remains unclear whether the return process would take place under international supervision. The Myanmar government still limits access by humanitarian agencies to Rohingya areas in Rakhine state. More details on the announcement can be found here.

In October 2017, while highlighting the plight of Rohingya, MRG launched its report Denial and Denigration: How Racism Feeds Statelessness which underscores how discrimination often constitutes a root cause of statelessness, while statelessness can also feed and exacerbate exclusion.

In 2017, Myanmar was ranked among the top ten countries worldwide where there is a risk of mass killing in MRG’s authoritative Peoples under Threat survey.