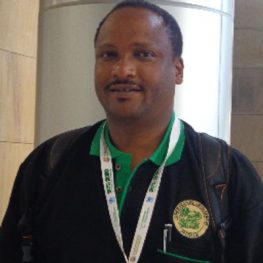 In May 2017, the Ogiek indigenous community of Kenya successfully challenged the denial of their land rights before the African Court of Human and Peoples Rights. Following an eight-year legal battle, the Court found that the Kenyan government violated seven separate articles of the African Charter, in a case that dates back to colonial times. This landmark ruling recognised that the Ogiek – and therefore many other indigenous peoples in Africa – have a leading role to play as guardians of local ecosystems, and in conserving and protecting land and natural resources.

The Ogiek, 35, 000 of whom were the victims in this case, live in the Mau Forest Complex in the Rift Valley of Kenya. They are one of the last remaining forest-dwelling communities and among the most marginalised indigenous peoples in Kenya.

For decades, Ogiek have been routinely subjected to forced evictions by the government from their ancestral homes in the forest. This has had a detrimental impact on their traditional lifestyle, religious and cultural life, access to resources, and their very existence as an indigenous people. Ogiek have a spiritual, emotional and economic attachment to the forest. They rely on it for food, shelter and identity.

MRG became involved in the case in April 2010 and, after extensive fact finding missions and community consultations, our Legal Director argued the case before the Court in Arusha, Tanzania last May. Over 50 members of the Ogiek community travelled from Nakuru in Kenya to hear the Court’s judgment. It was the first time the African Court, in operation since 2006, had ruled on an indigenous peoples’ rights case, and was by far the largest it had ever heard.

Daniel Kobei, of the Ogiek Peoples’ Development Programme, whose tenacity and voracious desire for justice was central to winning the case, was in London recently for the Commonwealth Heads of Government Meeting. MRG caught up with him to find out what’s been happening since the emotional events in the Court last year.

Listen to the podcast below, or on Itunes