In the Name of George 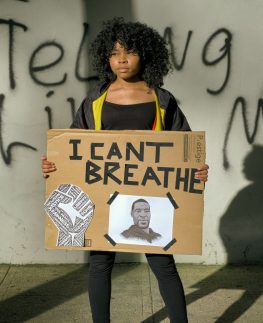 The eight minutes 46 second clip of the murder of George Floyd by Chauvin and his cohort of officers of the Minnesota Police department compiled by the New York Times captures the contempt many American law and order institutions feel towards African Americans. The manner in which police departments across the United States of America have reacted in the face of yet another outrageous death of an African American, only serves to underscore this. And the words emanating from the country’s highest office shows that the structure of exploitation that facilitated Europeans’ takeover of vast lands in the name of their development, over that of the existing population, is more blatant than ever before.

Somewhere amidst the founding genocide and land theft that characterised the systematic destruction of indigenous America; robust participation in the Slave Trade that first brought Africans to the continent sundering their communities at home to be treated as chattel; and systematic attempts to dominate every part of the globe to serve the economic interests of the new migrants, America articulated an inspiring dream of freedom. It attracted others who wanted egalitarian societies. The American Dream had, at its heart, the belief that hard work and thrift would generate wealth and the legitimised pursuit of happiness, in a land of opportunity.

At home, progressive inspiring individuals and communities chipped away at the dreadful horrors perpetrated in the founding of America. After World War II they helped construct a global regime of human rights that emphasized the inherent and equal dignity and worth of every individual: serving as a beacon for those who struggle for liberties and freedoms.

But not everyone was convinced by this show of humanity. Even then.

Minorities, especially African Americans were kept at a distance from institutions, first through explicit, then through implicit segregation, and while other migrants were notionally welcomed, their assimilation paid more attention to a partially fictionalised account of the country’s history revolving around the Founding Fathers, including what is sometimes called the George Washington legacy. The problem with this vision is that it glosses over the brutal truths of the Indian Wars and the Slave legacy. And the fact that some migrants are more equal than others.

The rights, freedoms and promises laid out in the Constitution were never realised. Dr. Martin Luther King’s dream of 1968 was not achieved. The ascent of a black man to the White House generated such a backlash that the current incumbent was deemed good enough to be given the levers of power. To some, he spoke for a supposedly victimised white race who were losing their place in the new America. To others, he promised to drain the elite Washington swamp which had not paid attention to dismantling privilege. Still others believed he would make America great (again?) and protect American jobs.

The world’s progressive commentators, and more recently some not so progressive ones who supported him, have focussed on the President, highlighting his role in fomenting division.

Yet the problem is far deeper than that.

It lies in the tattered dreams of the Constitution and the deep-seated mindset that nearly two hundred and fifty years have been unable to shift: an attitude that allows some to feel entitled to have everything in the name of freedom. Even if it means dispossessing others of rights.

The American Dream promised prosperity for anyone who sought to pursue it with integrity.

The American Reality, re-emphasized these last days shows that success remains an Accident of Birth.

If you are born on the right side, in the right location, to the right parents and of the right gender, you are entitled to safeguard your privilege by any means. If you are born on the wrong side, you need to behave and fight for scraps, and if you are really lucky or exceptionally gifted you too may be allowed into the Club of the Privileged. The words Right and Wrong could nearly always be substituted with White and Black.

Despite the gloom, American society is incredibly well equipped to challenge such hegemony. It encompasses many inspiring people with unwavering determination for change and the vision for how to achieve it. The last election for the House of Representatives brought a progressive wave to the fore, a large proportion of them women, from communities far from sites of power.

They have arrived in Washington DC but are not yet in power. That continues to be held by the old guard, best reflected in the partisan Senate politics that enabled the President to avoid impeachment and hold on to power, resulting in an array of fatal decisions on the basis of which many Americans have lost their lives during the pandemic.

We have to work collectively at the global level in solidarity with Americans, in the belief that change will come. There are too many talented people vested in it, and they represent other equally incredible people who realise how little they have to lose.

But the path to rebuilding has to commence with a willingness to make whatever structural change is needed. To educational institutions. To health services. To affordable housing. To better access to all services. To dismantle the shrine constructed to the accumulation of absolute wealth. And above all, in this moment of crisis, to the way in which the environment has been destroyed to profit the few at the cost of the many, now, and into the future.

The story of the founding of America we want to read, is a book that has not yet been written, as Toni Morrison would say in urging its writing. It encompasses one African American’s Dream that another, decades later believed, in saying ‘Yes We Can’, would be achieved.

George Floyd and many others lie dead, brutalised by the state and society that resist change. But as America burns, we have to support those who work tirelessly for that dream. If #BlackLivesMatter more than just a hashtag, this is the only path to guaranteeing them. Instead of allowing a George Washington legacy to blind us to violence and racism within American history and life today, let us work to achieve a George Floyd legacy: a vision of the future where no African American need live in fear. If not, America will stand for the suffocation, not the pursuit, of dreams and happiness.