A Four-Fold Path to Mitigating the Environmental Crisis 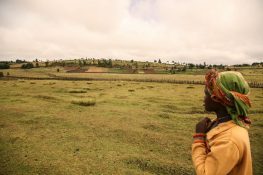 In a succinct Op-Ed published last week in the lead up to World Environment Day, John Knox and Victoria Tauli-Corpuz called for governments to protect communities that are effectively the frontline of conservation, drawing on an authoritative report by the ICCA Consortium that charts indigenous stewardship. Knox and Tauli-Corpuz have been at the forefront of seeking to solidify the vital link between environmental concerns and the human rights of indigenous peoples in their leadership as former United Nations Special Rapporteurs on the environment and indigenous peoples respectively.

Their call comes in the face of what appears to be a relentless global pursuit of mitigating the environmental crises upon us through an idea derived from the colonial era policies of Fortress Conservation. Its modern manifestation, the so-called 30×30 plan – of ensuring that 30 per cent of the planet is in deep protection by 2030 – appears logical at face value. It is envisaged as beginning in areas where biodiversity remains rich, protecting this securely against backsliding, in a bid to effectively offset the planetary damage generated across the planet. You save what you can salvage immediately.

Yet that is only logical if indigenous histories are completely disregarded – which of course many ‘national’ history books regularly do.

The underpinning theorem is that human beings caused environmental damage and restricting human activity will allow nature to heal. This conveniently ignores the distinction between human beings that sought to live in harmony with nature, and those that saw nature as presenting an entrepreneurial opportunity to generate profit.

The latter were represented initially by colonial era corporations that exploited mineral wealth while fuelling demand for it to generate ever greater markets. They viewed indigenous peoples as backward and as not really having a right to ‘own’ the lands they lived on, enabling it to be seized by others, while convinced that the arrival of modernity driven by their science and technology would defeat such ‘primitivism’.

It is instructive to note that science and technology, often developed at the behest of corporations, is once again touted as the way forward. Once again indigenous peoples and their traditional ways of life are considered mere collateral to a greater need. If that greater need – urgent climate action – could effectively reverse the relentless march towards catastrophe, it might have created a dilemma about balancing the needs of some against the crisis facing the many.

Yet all of the evidence points to the contrary.

First, lands and territories all around the world are best protected from environmental harm under indigenous sovereignty and custodianship. Second, there is a direct and positive correlation between biodiversity richness and indigenous beliefs and lifestyles. Third, classing all human action as equivalent in creating today’s environmental disaster must now be viewed as a wilful attempt to avoid scrutiny of the actions of a few, especially in light of increasing calls for unravelling structural discrimination. Fourth, very few instances of ‘fortress conservation’ among the many experiments tried and that are being forcibly implemented around the world, have actually succeeded in arresting biodiversity loss.

The critiques of the 30×30 model as expressed by Knox and Tauli-Corpuz are getting more strident. The evidence against its efficacy in promoting environmental security is mounting. The collusion between organisations like WWF and others working on biodiversity in still pushing the old paradigm is becoming more apparent. The damage to indigenous rights is equally salient but for many is simply discarded as necessary collateral. These individuals fail to see how their actions are neo-colonial – treating ‘subjects’ as mere ‘objects’ in a bid to achieve what they see as a greater goal.

In the past ‘Civilization’, or ‘Christianity’ or ‘Commerce’, were used as excuses for justifying the often violent theft of land and destruction of communities. Now a claim is made to do the same in the name of the environment. In nearly every case of land grab the environment has suffered. In nearly every case the theft, often cloaked in spurious legality, profited a few and impacted many. Justifications of ‘progress’ and modernization established a mindset leading to arrogance and a sense of entitlement.

Another route is entirely possible to protect biodiversity and mitigate climate damage.

First, immediately recognise indigenous sovereignty over the lands and territories they live within. Second, design shared strategies for nature conservation with them, including measures of accountability. Third, place environmentally focussed institutions at the behest of those who wield traditional knowledge, listen with humility and implement ways to incorporate that knowledge to generate new scaled up versions of protection. Fourth, provide responsibility with conditionalities, modes of accountability and powers to compel others, to indigenous peoples, to not only regenerate their own homelands, but to seek to influence and change the trajectory of their surrounding areas.

Spreading conservation from indigenous communities outwards rather than from corporatized decision-making inwards to them in their territories can transform environmental protection and recognise long-standing indigenous custodianship of nature.

It is not as ‘neat’ or pithy a solution as 30×30: but there are no rewards for that in protecting the environment.