Lives since the Taliban takeover 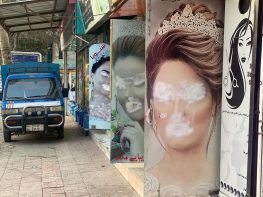 The change came days before the 102nd anniversary of Afghanistan’s independence. People, getting ready to celebrate, saw the collapse of their government following the seizure of power by the Taliban. It was so unexpected, it left many at a loss about what to do. Concerns increased fast though, and action was prompted by the rise in threats, violence and hostility, particularly against populations already at risk. No one was safe, even at home. Many had to leave their homes and families to save their lives and hide in other parts of the country or in other countries. Change came for everyone. For some, change also came with serious risks to their safety (and their families’ safety), because their previous work has made them a target.

One human rights defender, who prefers to remain anonymous for safety reasons, described her experience as follows:

It was four o’clock in the morning. I was awake because, like everyone else, I lost my sense of security and sleep. The phone rang and one of my friends told me that house-to-house searches by the Taliban had begun. They were looking for all those who were their enemies, those who were defending the rights of others or spoke against them. He told me, ‘Leave your home and family right now! They will come to your door and kill you.’

One day after I left, the Taliban went to our house to find me. They went several times. They repeatedly assaulted and beat my family members to try to find my location.

A week later, around seven o’clock in the evening, I received a call from my father’s number, and someone asked, ‘What is your relationship with the owner of this phone?’ I answered, ‘He is my father’. Then he said, ‘The owner of this phone is currently in hospital in a serious condition’. He introduced himself as a member of staff and told me that my father needed immediate surgery.

It was a condition that it is difficult for me to express. I could have been killed by the Taliban, but I had to go to the hospital. I put on a hijab, so that, except for my eyes, my whole body and face were covered and went to the hospital.

When I asked my mother how the incident happened, she told me ‘It was six o’clock in the evening when the Taliban came looking for you. And when they could not find you, they wanted to take your brother with them as a hostage, but your father stood against them. So, they started beating him and put him in this condition.’

My dad was in a coma when I saw him. His right hand was paralyzed. He could not speak. This was the worst moment of my life. Since this incident we had to change our home. My family still cannot go out in public. They must remain hidden.

This is not the only incident that has taken place. Since the new regime came into power in Kabul, we have witnessed hundreds of events like this. Every day people go missing. Some are killed by the Taliban. Others commit suicide. They don’t want to die of torture; instead, they choose to end their own lives. The options for some people in Afghanistan to simply live day by day are narrowing fast.

The evacuation of those Afghans who are at extreme risk of being targeted by the Taliban, the activists and human rights defenders who have dedicated their own lives to the improvement of the rights and lives of minorities in the country, is so important because it is their only remaining hope. If these people are not evacuated their voices will be silenced forever.

Since August, MRG has been assisting Afghan minority activists and staff from our partner organizations as their lives and their work came under threat with the return of the Taliban. We are currently supporting some who have been able to leave for secure locations in Pakistan, while also working against the clock to help those who remain in Afghanistan. The situation changes on a daily basis, as some reach safety and others reach for help. Click here to donate to our urgent appeal.

Photo: Painted faces of women on the doors and windows of beauty salons in Shahr-e-Naw, downtown Kabul, Afghanistan, 20 October 2021. Credit: grondecka on Instagram.