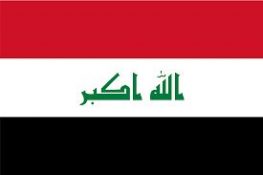 The adoption of this UPR report comes at a time of instability and great challenges for the state of human rights in Iraq, including for minorities, women and human rights defenders. Since the last UPR, millions of people have been subjected to violent attacks and protracted displacement, while political exclusion and socioeconomic marginalization continue to grievance mass civilian populations including minorities and youth. Limited prospects for return for many displaced minorities, on-going discrimination as well as restricted access to justice, leave Iraq’s minorities especially vulnerable.

MRG urges the Iraqi government to take concrete measures towards rebuilding infrastructure, reinstating services in retaken areas, and resolving territorial disputes, to allow for the return of displaced minorities to their areas of origin.

MRG welcomes Iraq’s commitment to undertake administrative and legislative efforts to promote equal employment opportunities for minorities and other vulnerable groups. MRG views the eradication of corruption as integral to the realization of economic rights within Iraq and hopes that Iraq will honour its commitment to recommendations addressing this issue.

Lastly, Iraqi minorities have faced unprecedented violations of their human rights and the need for transitional justice including truth, reparations and accountability is critical to establishing a future for Iraq’s ethnic and religious communities within the country. We regret Iraq’s rejection of recommendations to accede to the Rome Statute of the International Criminal Court and ultimately address violations of all parties to the conflict, that can only detriment the possibility of justice.