Somalia: MRG and IIDA reacts to the report of the UN Independent Expert 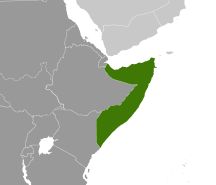 Interactive Dialogue with the Independent Expert on Somalia

Minority Rights Group (MRG) and its Somali partner IIDA Women’s Development Organisation warmly welcome your report. We appreciate in particular the attention you give to minority communities in this report.

MRG recently concluded ground breaking research on the situation of ethnic minority women in all three zones of Somalia. These women, who fall outside the four dominant clans, include coastal communities like the Benediris, Bantu groups (originally mainly found in Southern regions) as well as occupational groups such as the Gabooye, Tumal and Yibir.

Minority men and women continue to report very serious human rights abuses. Some of these are within the territories not under control of the Somalia authorities but others concern abuses carried out or condoned by government employed police and security officers and personnel.

Adding to the above, whilst discussions about reformed structures continue, minorities in general and women in particular are underrepresented in the Somali Federal Parliament as well as in the Federal Administration and at the provincial and local levels.

MRG calls on the Council to support the Government and local authorities in Somalia to address the very severe problems facing minority communities in the country which remain, all too often, either invisible or unspoken.

We look forward to a continuing close collaboration with you on this issue.