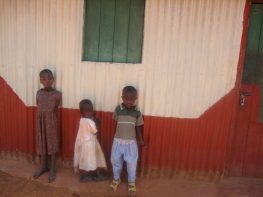 The Endorois are semi-nomadic pastoralists who were evicted from their ancestral land in and around Lake Bogoria in Kenya’s Rift Valley in the 1970s, in order to pave way for the creation of a national park.  Following unsuccessful efforts to resolve the situation at the national level, in 2003, MRG assisted the Endorois to lodge a case before the African Commission on Human and Peoples’ Rights (the ‘African Commission’).  The case challenged the lack of consultation or compensation for the forced displacement, and lack of protection afforded to the Endorois’ traditional way of life, and claimed violations of the Endorois’ rights to non-discrimination, property, access to natural resources on their land, religious and cultural life, and to development.

In a landmark decision adopted by the African Union on 2 February 2010, (download the decision here) the African Commission declared the expulsion of Endorois from their ancestral lands illegal.  The African Commission found that the Kenyan Government had failed to recognise and protect Endorois’ ancestral land rights and failed to provide sufficient compensation or alternative grazing land following their eviction, or to grant restitution of their land, and similarly failed to include the community within the relevant development processes.  It also made a series of wide-reaching recommendations for the Kenyan Government to follow.

The case has created an important judicial precedent. It represents the first time that an African indigenous peoples’ rights over traditionally owned land have been legally recognised. In affirming Endorois’ collective right to ancestral lands, the African Commission’s decision has not only awarded a full remedy to the Endorois community but has also significantly contributed to a better understanding and greater acceptance of indigenous rights in Africa.

The decision also represents the first case globally in which a ruling has been made on the right to development. The African Commission found that the Kenyan Government’s failure to consult or compensate Endorois in relation to the use of their land amounted to a violation of this right. In doing so, the body has provided a strong incentive to all governments to regard their indigenous peoples as stakeholders in their development projects and to involve them in the development process. Together, the African Commission’s rulings constitute a milestone in the progress of indigenous rights in Africa.

In March 2016, the Concluding Observations of the Committee on Economic, Social and Cultural Rights noted its concern that the Kenyan Government had yet to implement the African Commission decision and recommended the Kenyan Government implement, without delay, the decision and to ensure that the Endorois are adequately represented and consulted at all stages of the implementation process. In May 2017, the Committee on the Elimination of All Forms of Racial Discrimination echoed this recommendation on implementation by urgently calling upon the Kenyan Government to ensure legal acknowledgement of the collective rights of the Endorois to own, develop, control and use their lands, resources and communal territories according to customary laws and traditional land-tenure systems

We also pursued advocacy at UNESCO in relation to its June 2011 designation of Lake Bogoria as a World Heritage Site without any consultation with the Endorois – an issue the African Commission expressed concern about in its resolution calling on the government of Kenya and the World Heritage Committee to revise its policies to include participation by indigenous peoples through their own representatives.  As a direct consequence of this advocacy, the World Heritage Committee reviewed the status of Lake Bogoria and issued a State of Conservation report in July 2014 which requires the Kenyan Government to report on conservation and urges the Kenyan Government to include the Endorois in management and benefit sharing.

The Endorois have now signed a memorandum of understanding with the Kenya Wildlife Service, Baringo County Council and the Kenyan Commission to UNESCO that recognises Lake Bogoria as Endorois ancestral land and requires Endorois inclusion in land management. MRG is supporting the Endorois to engage with the Kenya Wildlife Service and Baringo County Council so that the memorandum is given effect in practice.

MRG has also been supporting the Endorois to identify their land, undertake a detailed survey of the losses suffered by the Endorois over the last 40 years, and develop a community register and by-laws.  A 3D community map of the Endorois land has been produced as a result of a project undertaken by ERMIS. The map is housed within a cultural centre built on a small area of land, strategically placed at the entrance to the Lake Bogoria National Reserve and handed over to them by the local council. Capacity building training to the community by providing paralegal training is ongoing. Most recently MRG is supporting the Endorois community to participate in land management activities at the Council level.
Watch a short film about MRG’s successes in land rights cases in east Africa: