Indigenous forest-dwelling hunter-gatherer communities like the Ba’Aka, Bagyeli, Bakola and Bedzam – who together comprise less than 1 per cent of the population – are believed to have been the first to populate the southern tropical forests. These communities are currently threatened by the expansion of logging, agro-industry, mining and natural protected areas into their customary lands.

Though Cameroon’s Constitution specifically mentions the state’s obligation to protect indigenous peoples’ rights, there is a lack of understanding about what specifically these rights are. Due to poverty and lack of access, many indigenous people do not have birth certificates or identity documents, effectively excluding them from basic services such as health and education. The legal and administrative framework in Cameroon does not recognize hunter-gathering as a basis for official land ownership, and land that is not privately owned is considered state property. There is no legal recognition of indigenous peoples’ customary land rights. To make matters worse, over recent decades Cameroon’s tropical forests have been much reduced, with the authorities all too often allocating forest land to private and public interests without meaningful consultation with residents. The 1994 Forest Law (recently revised to provide a measure of indigenous consultation and some recognition of traditional practices such as hunting) and the 2001 Mining Law encouraged the opening of Cameroon’s land to commercial concerns, including foreign companies, in the name of economic development, with companies exploiting its natural resources on a large scale under government-approved concessions.

Commercial logging reportedly claims an estimated 2,000 square kilometres of forest each year, with close to one-fifth of Cameroon’s total forest cover lost between 1990 and 2010 to logging, commercial agriculture and the Chad–Cameroon oil pipeline. The state has forcibly removed indigenous peoples from forest areas to make room for these and other projects, commonly ‘resettling’ them in unfamiliar environments where they are vulnerable to poverty, discrimination and exploitation. Displaced into camps and villages on the outskirts of the forest, these communities are unable to practise their traditional livelihoods, or access essential food sources or forest products. Furthermore, they are habitually denied any form of compensation, as they do not officially own the land from which they have been evicted.

The estrangement of indigenous communities from the forest is damaging at every level. Their nutrition levels fall as they are unable to hunt and gather as before; their health suffers as, excluded from mainstream health services by poverty and lack of identity documents, they are denied access to forest remedies for their illnesses and injuries. They are also prevented from passing on their skills and knowledge of forest life to their children, resulting in a devastating loss of traditional knowledge and culture; their language and religion, both intimately linked to the forest, are thereby weakened. Finally, the rupture resulting from these factors contributes to high levels of alcoholism and other social ills.

In recent years some localized access rights have been agreed for indigenous peoples in ‘community forests’ in a few protected forest areas, but the overarching framework has not changed: the state still does not recognize, guarantee or protect indigenous peoples’ ownership rights over their forests and the resources they contain. Furthermore, indigenous and other local communities have seen their access to the remaining protected forest areas severely restricted in the name of conservation. According to some reports, anti-poaching patrols of park guards – working at times alongside state security forces – have subjected indigenous people caught while sustainably hunting and gathering, even outside of park boundaries, to harassment, arrest or ill-treatment.

For its part, UNESCO maintains that it values indigenous people’s presence in the World Heritage Site forests – the Dja Faunal Reserve and Lobéké National Park, which with Dzanga-Ndoki National Park in the Central African Republic and Nouabalé-Ndoki National Park in the Republic of Congo make up the Sangha Trinational Forest – and recognizes their right to hunt and gather on the reserve in their traditional manner, while prohibiting agriculture and commercial hunting.

Not only are the rights of Cameroon’s indigenous peoples to their ancestral lands indisputable, but also the considerable benefits they bring through their sound use of the environment – in sharp contrast to the extractive industries and large-scale plantations that have displaced them in many areas. Ba’Aka and other forest communities rely on dead wood for cooking and curing meat, for example, and their hunting and gathering is low-impact and sustainable, as proved by the continuation of these practices for generations in flourishing natural habitats before the advent of mining and agro-industrial developments. Besides respecting the seasons and the breeding periods of wildlife, their communities are semi-nomadic, resulting in only localized and temporary woodland clearance. At a time in human history when biodiversity everywhere is under unprecedented threat, the way of life of the Ba’Aka and other indigenous communities offers important lessons on how to safeguard the irreplaceable heritage of the world’s natural forests.

In January 2013 a group of NGOs petitioned the UN Committee on the Elimination of Racial Discrimination to review Cameroon’s proposed reforms to its Forest Code, which they claimed failed to protect the land rights of indigenous groups in particular. In an effort to make their voices heard more effectively in discussions about logging, conservation and related issues, some Ba’Aka continued efforts such as participatory mapping of forest resource use.

However, in 2014 reports of the displacement of Ba’aka by logging and other development activities continued. Many were forced to move to villages and roadside settlements outside of the forest, where they face exclusion, poverty and related problems ranging from malnutrition to alcoholism. In addition, in 2014 some Ba’aka were reportedly denied access to their ancestral lands and suffered abuse at the hands of security forces deployed to curb poaching and enforce conservation norms. The NGOs Forest Peoples’ Programme and Digital Democracy are working with indigenous organizations to pilot the use of smartphone apps and other tools to log human rights abuses, illegal logging and environmental pollution. In 2016 representatives from some 50 Ba’Aka and Bagyeli communities joined to form a national platform, Gbabandi, or ‘termites’ nest’, to jointly represent their interests.

In 2017, the ACHPR’s Working Group on Indigenous Populations/Communities reported that Bagyeli communities in Océan department are under serious threat from iron ore concessions granted by the government in the absence of respect for free, prior and informed consent guidelines, as well as by logging, oil palm and mining concessions, the creation of exclusive forest reserves and national park lands and the Chad–Cameroon oil pipeline, all affecting their lands. 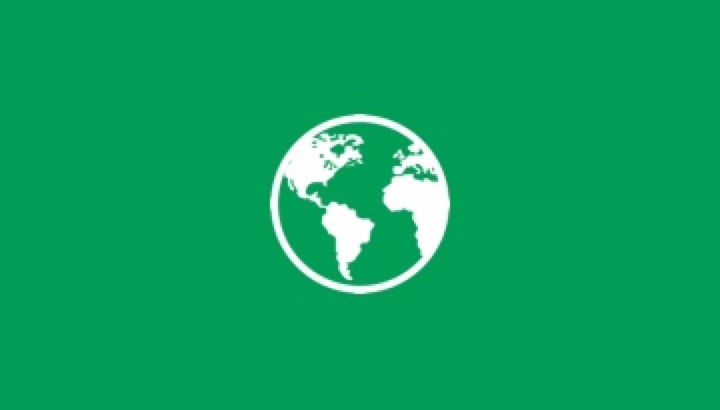 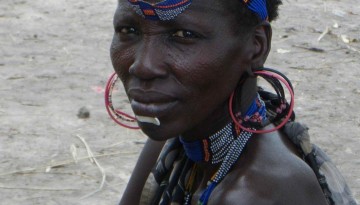 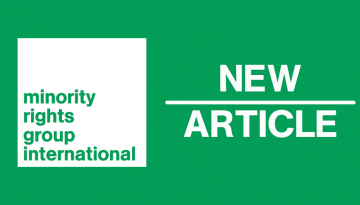