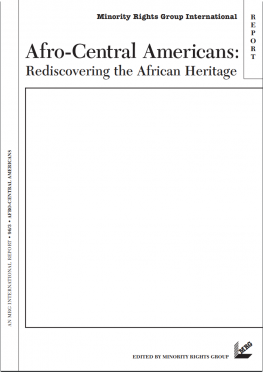 Central Americans of African ancestry have historically been an oppressed and neglected minority. Almost all descended from slaves, and representing a sizeable proportion of the population in many countries of the region, they have generally been denied access to power, influence or material progress.

Afro-Central Americans: Rediscovering the African Heritage ends with a number of recommendations which are intended to encourage the governments and peoples of Central America to recognize the region’s African heritage and celebrate and welcome its ethnic pluralism.