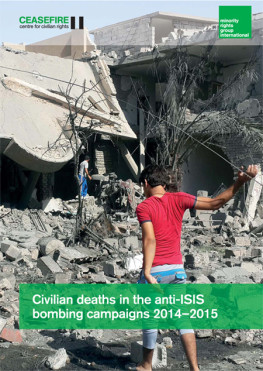 This briefing summarizes the existing information, predominantly from local sources, on civilian deaths in the bombing campaigns conducted against the Islamic State of Iraq and Al-Sham (ISIS) since January 2014. It complements other Ceasefire reports which have detailed outrages committed in Iraq by ISIS, as well as other armed actors, including mass extra-judicial executions, kidnappings, systematic torture, rape and sexual slavery.