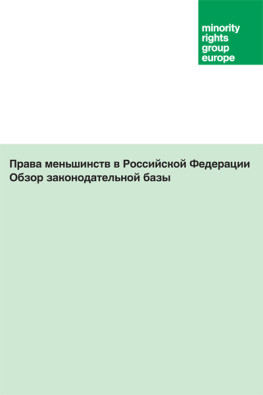 Russia is relatively ethnically diverse state, with a number of minorities, migrant communities and indigenous peoples within its territory. However, the country fails to achieve inclusion for many of these groups. According to the Case studies conducted by MRG in 2014 and 2015 175 communities face hostility, which is reinforced by nationalist rhetoric in political and public discourse drawing a divide between ethnic Russians and other ethnic groups. Widespread xenophobic sentiment in Russia provides the context for racist violence. In surveys of the Russian population conducted by the Levada Center in 2013, almost three-quarters (73 per cent) of respondents agreed that migrants from the former Soviet Republics should be deported – up from 53 per cent in 2006 – while just over half of the respondents (54 per cent) thought that immigration from the Caucasus should be restricted and over two out of five (45 per cent) that restrictions should also apply to immigration from China and Central Asia. Anti-Muslim sentiment associating Muslims with terrorism is also prevalent.

These worrying developments reinforce the need for monitoring of the compliance of the Russian Federation with the norms of international treaties and national legislation. In fact the Russian Federation is a party to all the key treaties aimed at protection of national minorities, moreover national legislation contains substantial guarantees for the minorities rights. Minority Rights Group Europe in terms of the project “Strengthening basic human rights of minority and indigenous groups in the Russian Federation” produced the Pocket book for Russian non-governmental organisations and grass roots minority organizations. The Pocket book contains the analyses of international legal norms and monitoring mechanisms as well as norms of Russian legislation protecting minorities rights. The Pocket book serves as an important tool for grass roots organizations to learn about their rights and advocate for them.

This publication is funded by the European Union. This content is the sole responsibility of Minority Rights Group International and can under no circumstances be regarded as reflecting the position of the European Union