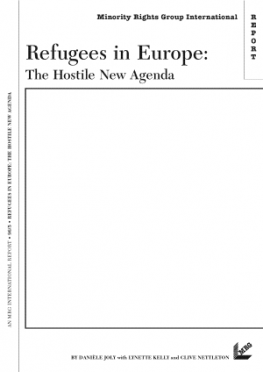 The refugee question has become one of the major international political issues of the twentieth century. Although refugees represent only a very small percentage of Europe’s population, a new battery of policies are being introduced to limit these numbers of even further; creating barriers to the internationally recognized right to asylum.

These increasingly restrictive measures, introduced under the cloak of European harmonization, include the trend towards ‘temporary protection’ particularly for those fleeing the war in former Yugoslavia – with the intention of returning the person as soon as conditions allow. Furthermore, asylum-seekers face long periods of detention in poor conditions, and prohibition on employment, welfare, and freedom of movement and limitations on family reunions.