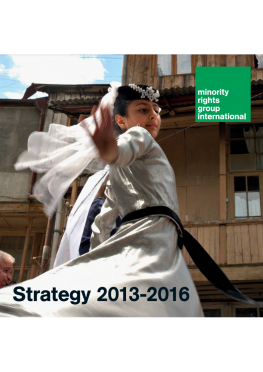 Around the globe, a large number of people are struggling to create decent lives for themselves and their families, the odds stacked against them from birth. They are only asking for a fair chance on a level playing field. Instead, their chances are blighted by racism, by ignorance, by prejudice and by silence.

They may struggle to get a good job (or any job) simply because they belong to a community which is seen as inferior.

Their children may struggle to get a good education as schools are too far away, overcrowded, or under resourced.

Their voices are ignored by the rest of society. No one values their opinion. They are rarely seen anywhere close to the corridors of power.

The list of communities they belong to is a long one. From Afro-Descendants in the Americas, Batwa in Central Africa, Dalits in South Asia, Roma in Europe, through to Yezidis and Zoroastrians in the Middle East, and so many more…

They represent humanity in all its diversity but they all have in common the fact that they are among the most excluded, the most threatened and often the poorest, communities worldwide: minorities and indigenous peoples.

For over 40 years, we at MRG have worked with minority and indigenous communities.

We work with them to tackle the discrimination they experience.

We empower them to speak out about the injustice and violence that they suffer.

We document how their needs are not being met, and how their communities are threatened.

We enable them to claim their human rights.