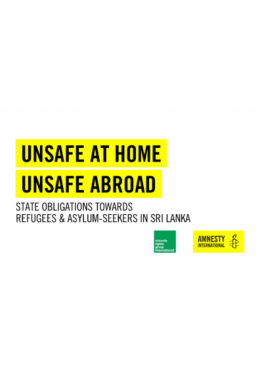 Following the 21 April 2019 attacks in Sri Lanka, also known as the ‘Easter Sunday bombings’, targeting churches and hotels in Negombo, Colombo and Batticaloa, refugees and asylum seekers – primarily from Pakistan, Afghanistan and Iran – were displaced from Negombo (38 kilometres from the capital Colombo). Approximately 1,063 refugees and asylum seekers left their homes and in some cases were forced due to threats of violence by individuals and groups armed with knives and sticks, to relocate from their homes to two community centres and a police station close to their original homes.