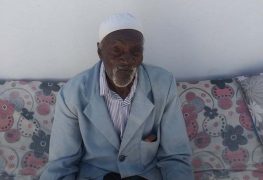 The Court of First Instance of Medenine (Tunisia) issued yesterday a historic judgement in favour of Hamden Atig Dali, an 81-year-old man from Djerba, allowing him to delete the word ‘Atig’ in his name from all official documents, a reference to slavery, with the legal support of Minority Rights Group International and the Tunisian organisation Mnemty.

Hamden’s son, Karim Atig Dali, 39 years old, is an English graduate working as a receptionist in a hotel in Djerba. Back in 2017, he filed a request to Medenine Court of First Instance to delete the word ‘Atig’ from his last name as it bears a negative connotation of stigma and humiliation. The word means ‘liberated by’ and clearly refers to the history of slavery in the country. Although slavery was abolished in 1846 in Tunisia, many Black Tunisians in Southern Tunisia still carry this legacy.

‘This decision is hugely significant’, explains Silvia Quattrini, MRG’s Middle East and North Africa Programmes Coordinator. ‘Bearing such a name is a truly constant reminder of the legacy of slavery. The ruling paves the way for other Black Tunisians to change their names and finally gain the right to choose their own identity.’

In August 2020, Dali’s family, with the support of lawyer Hanen Ben Hassena, filed a request to remove the derogatory word from their name. For her argument, the lawyer referred to article 2 of the organic law 50 of October 23rd, 2018 on eliminating all forms of racial discrimination. The legal definition of racial discrimination can be found in article 2 as ‘any segregation, exception, restriction or preference based on race, skin colour, descent, national origin, ethnicity or other forms of racial discrimination as defined by ratified international treaties and which results in disruption, prevention or depravation from enjoying rights and freedoms equally or leads to additional responsibilities and burdens’. The lawyer also drew on articles 21, 23 and 49 of the Tunisian constitution since the last name ‘Atik’ is discriminatory, humiliating and insulting human dignity.

Through this judgement, the Civil Status Officer in charge of issuing civil certificates has been authorised to use ‘Dali’ instead of ‘Atig Dali’ in official documents, including birth certificate, as regulated by article 63 of civil status law of August 1st, 1957. The judgement is a prerogative of the head of the Court of First Instance of the region where the decision was released, as decided by the Administrative Court.

‘We thank Mr Hamden and Mr Karim for their courage and perseverance to bring hope to all those Black Tunisian families who still have painful references to slavery and racism in their family names’, emphasises Zied Rouin, MRG local consultant and coordinator at Mnemty. Mr Karim commented “I was born free”.

MRG also thanks all their partners of the “Points Anti-Discrimination” network, who documented many cases of discrimination since 2018, and in particular Mnemty, who have worked on addressing the issue of surnames since 2013’, adds Quattrini. ‘In particular, we thank all the lawyers who volunteered to provide legal assistance through our network. What we achieved today is the result of our collective work. It is a historic step towards dignity and real equality.’ ‘Congratulations to all organisations and activists fighting against all forms of discrimination to ensure a life of dignity for all. It is a victory for Mr Hamden and Mr Karim. It is a victory for all of Tunisia.’ concluded Rouin.