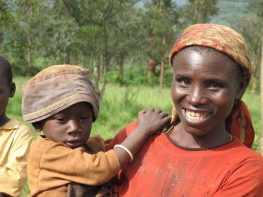 This evaluation reviewed the work done by MRG in Hungary, Poland, and Cyprus on improving development policies. This work intended to bring focus specifically to the development policy of governments in new EU member states, and sought to encourage the alignment of policy with a human rights based approach. MRG Europe committed to positioning itself as a partner of governments, whereby they would provide resources to and engage in advocacy towards government officials. The project came as a follow-up to a prior initiative, whose primary objective had been to mobilise public awareness, increase political support for NGO cooperation, and ultimately build NGO capacities. ‘From Rights to Needs’ was far more focused in its strategy than the project that preceded it.

As compared to its predecessor, MRG was increasingly successful in picking appropriate messages, judging materials well, and most notably its creation of a guide on integrating human rights based approach into development policies. This guide was utilised by the Polish Ministry of Foreign Affairs in February 2012, a notable example of its acknowledged utility. This project also marked MRG’s effectiveness in “insinuating itself into positions of influence with policy-makers and at taking advantage of emerging opportunities to promote its positions. […]  In both Hungary and Poland, there is a sense of MRG Europe having got itself in a position to apply influence when circumstances become more favourable.”

Conclusively, closer ties between Poland, Hungary, and Cyprus were not particularly fostered by this project, indicating that these ties had previously existed outside of this program or were not deemed a priority. Conversely, NGO capacities were undoubtedly built across these three states. In Cyprus, capacities were gauged at very low, and their stark increase in knowledge and understanding can be attributed directly to MRG. In Poland and Hungary, the project materials and training provided by MRG have deepened NGO’s knowledge and boosted their inclination to advocate on the human rights based approach.