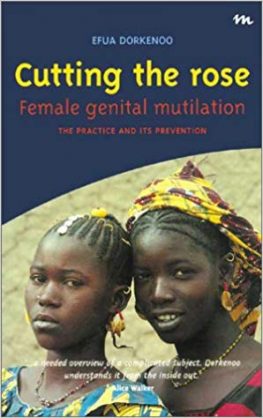 In 1994, MRG published Cutting the Rose: Female Genital Mutilation – The Practice and Its Prevention, a ground breaking report which raised world attention to the issue of female genital mutilation (FGM). It was written by Efua Dorkenoo, affectionately known as “Mama Efua”, and was selected by an international jury in 2002 as one of “Africa’s 100 Best Books of the 20th Century”.

Dorkenoo went on to become a global expert on FGM and pioneered the global movement to end the practice and worked internationally for more than 30 years to see the campaign “move from a problem lacking in recognition to a key issue for governments around the world.”