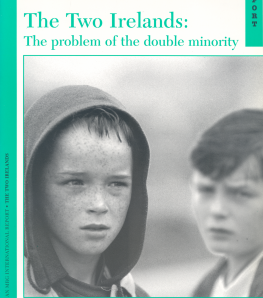 The Two Irelands: the double minority (1971) is the second report ever published by MRG. It was written by author Harold Jackson and was described by Chatham House as ‘the best pages on Ireland’s contemporary political problems that have found their way into contemporary literature’. The report was welcomed by Catholic and Protestant commentators for its balanced representation of the problems encountered by both communities in Northern Ireland.

This work on Ireland was later reported to have influenced analyses and to have contributed to discussions surrounding the Good Friday Agreement.